Tour diary: From a hailstorm at Pedreira to the ecstasy of Rock in Rio (Part 1)

The passage of Scorpions through Brazil was, literally, a hurricane. Those were some unforgettable days, from the hailstorm that hit us in Curitiba to the ecstasy of the historical return of the band to Rock in Rio 34 years after the first edition in 1985. And our review will not be only about concerts, but also about the great adventure it was to follow these guys around Brazil. Take a seat and read on.

We started to plan following this tour way before it began. As soon as we knew of some dates, long before they were announced, it was a rush to get everything organized, schedule vacations, miss classes at college and hunt down promotional plane tickets, and bus tickets as well, when it wasn’t possible to find flights that fit our budget. And we managed to successfully (and with some financial damage to our accounts) fit five concerts in Brazil into our route, even though the initial idea was to attend all seven of them.

Months went by in the blink of an eye and so the long-awaited tour arrived. I left work in São Paulo straight to the airport on September 17th. David had left Salvador and was already in Curitiba when I arrived. We headed to the hotel together to check in. We managed to see the band arriving on the next day, see the protective barriers and the band passing by straight to their rooms.

After some time, when everything was calm, we saw Rudolf walking by the hotel lobby, and he soon recognized and greeted us. The day was off to a wonderful start! After confirming our tickets hours later with the tour manager, we headed to the venue to get them. Everything would have been perfect if a terrible rain hadn’t started as soon as we got out of the Uber, and it soon turned into a violent hailstorm. We barely had the time to put on our raincoats, which weren’t really helpful. The ice rocks were huge, and they were hitting us hard on the back, the head and on our hands trying to protect us. As we hunched and with no shelter nearby, all we could do was to keep walking, getting hit by the ice rocks amid cries of pain. That was when my glasses fell off my face straight on to the ground covered in ice. Such despair! I can’t see a thing without them, I needed glasses to find my glasses. Kneeled down on the ice and feeling my way with my frozen hands, I searched desperately for my “eyes” and David tried to help as he could. When I found them, my raincoat was all torn up, and the rocks were leaving marks and pain all over our bodies. That was when we managed to get to the tickets booth to get our tickets and Europe’s concert had been interrupted, leaving us to wonder whether the festival would go on or not. The stage was covered in ice, debris all around, chaos was set, we were not authorized to go backstage until everything was sorted out. Meanwhile, we (me and everybody there) suffered from the cold and the pain from the rocks. Fans with bruises, people in wheelchairs without having where to go, destroyed cell phones...and the love for the band spoke louder, the fans stood strong and stayed.

When the Whitesnake concert started and we were trying to get ourselves back on our feet in the backstage, that was when I met Paulo Baron, the ex-promoter of the band. He greeted me warmly, we hugged and I told him about our saga to get there. He was very kind, took me to get some hot coffee, “you need to warm up”. When the band left the backstage, I was about to give up on the concert, once I had another four shows ahead of me and I was afraid I would get sick, but once I saw them on stage, that love spoke louder and I just couldn’t leave. We followed Paulo, who got us a less crowded spot to see the show. We saw the show under the rain and my phone died for a few hours (and I brought it back to life on the next day).

It was a great concert by the Scorpions, even with the sound problems caused by the rain, they stood strong: If all of us had put up with the hailstorm, they wouldn’t let us down. When the rain began to go away, Klaus Meine in all his kindness and with all that charisma on stage said “we came to chase the clouds away!” and we all could enjoy a wonderful performance, with a setlist of 15 songs. The hurricane that came after de storm made up for all the pain the fans felt on that wicked night at Pedreira Paulo Leminski.

September 20th: From ice rocks to the rock jungle

We left Curitiba at around 11 am in the morning after the show. One interesting thing: Joey Tempest (Europe) was on the same flight as us, alone, without his bandmates or any security guard. We didn’t bother him, he was focused on his smartphone.

Dead beat, we landed in Congonhas and went straight to my home, in Cotia, rest was needed. On September 20th, we took our things, went to São Paulo and checked in at the hotel. We met Dedé (David’s friend), we talked and look around to see if anyone interesting would come by (meaning: a band member), meanwhile, we were chatting and the security guards began to surround us and observe our every move. We didn’t really mind, they were just doing their job and we were acting calm and aware not to invade the space nor the privacy of any band member.

When I decided to go upstairs to my room to check on a few things, I went back downstairs right after, I saw Rudolf Schenker leaving the front elevator, and the security guards followed him and I tagged along because that was the way I had to go to get to David and Dedé. The security guard thought I was indeed following Rudolf and put his arm in front of me to block my way, and I just swerved and carried on, not minding him. I met David who was only observing Rudolf. As I leaned on a table, Rudolf saw us and said hi. Right after, we saw Klaus Meine leaving the elevator, charismatic and smiling, he also came to say hi. That was when the security guards backed off. Dedé, who had been there all morning waiting for that moment, asked if I could ask Klaus to take a picture with him since he didn’t speak English and was very nervous. And so I did and Klaus accepted right away. Rudolf, Klaus, and the band’s manager headed to the restaurant for lunch.

On that day I met Carlinhos Brown at the hotel and met a few other friends (who were already David’s friends). We had a great dinner in Rosalva and Marcus’ company, preceding the great concert that was about to come.

With my camera in my backpack, we arrived at the venue and couldn’t get in. They didn’t recognize my credentials. After waiting for a long time and missing Whitesnake’s concert, we managed to get in with some help from inside after many calls. Scorpions did a memorable show and managed to take some good pictures during the first three songs. I had never been to a Scorpions concert at a stadium, the shows I have attended have always been at smaller venues, with a capacity for a maximum of 10 thousand people. When I saw myself in that crowd while Klaus Meine grabbed his microphone for the public to sing along I saw 50 thousand people singing together, I was so proud to be a fan! We barely knew what was waiting for us at Rock in Rio… The setlist for São Paulo was almost the same as in Curitiba, except for Delicate Dance, which was not played in the capital. One of the most remarkable moments of the show was Mikkey Dee’s drum solo, which was by far, the best solos he’s done since he joined the band in 2016.

Check here the photo gallery of the show in São Paulo

September 22nd: A break to recharge


It was time for the Scorpions to leave for Uberlândia and for us to take a break to rest since we couldn’t fit Uberlândia and Brasília on our route. It was when they were about to leave the hotel to go to the airport that we met Rudolf and Klaus and gave them the pictures with the maps that David made.

To give them this wonderful work by David involved a great deal of planning the logistics. Besides the fact that everything is cheaper in São Paulo, it would have been complicated for David to leave Salvador with the pictures framed, on an economic flight with only hand luggage. So I went to 25 de Março Street to look for frames while David printed the maps and brought them rolled up in a tube. We put everything together and took it to the hotel.

The work was more than gratifying, they were all impressed with the art, even the band’s manager who wanted a copy. We took pictures with Klaus and Rudolf holding the maps and, days later the picture was posted on the band’s official Facebook page. Now that’s recognition!


Written by Roberta Forster, translated to English by Patrícia Camara. 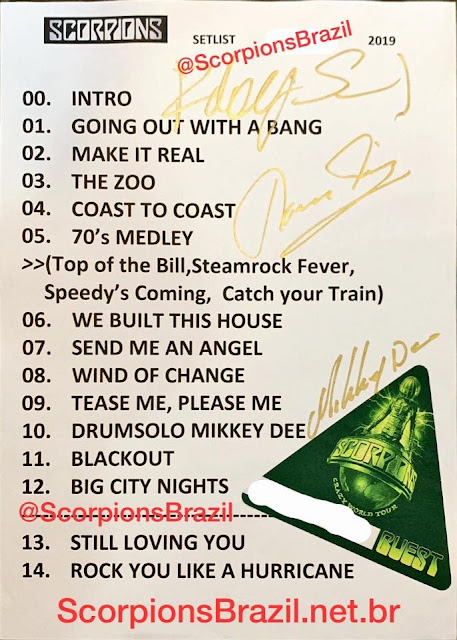